Interesting shape and color, lots of species and varieties mixed, the package have all seeds mixed not individually labeled, the seeds were taken this season, We have a lot of extremely rare cactus if you want something rare to let me know and I will list for you. Questions? feel free to email me.

Lithops is a genus of succulent plants native to southern Africa. “Lithos” means “stone” and “-ops” means “face” in Ancient Greek; therefore “Lithops” means “stone-like”. This is a very good description of these plants, which avoid being eaten by blending in with surrounding rocks. They are often known as pebble plants or living stones. The formation of the name from the greek “-ops” means that even a single plant is called a Lithops.

Individual Lithops plants consist of one or more pairs of bulbous, almost fused leaves opposite to each other and hardly any stem. The slit between the leaves contains the meristem and produces flowers and new leaves. The leaves of Lithops are mostly buried below the surface of the soil, with a partially or completely translucent top surface or window allowing light to enter the interior of the leaves for photosynthesis.

During winter a new leaf pair, or occasionally more than one, grows inside the existing fused leaf pair. In spring the old leaf pairs parts to reveal the new leaves and the old leaves will then dry up. Lithops leaves may shrink and disappear below ground level during drought. Lithops in habitat almost never have more than one leaf pair per head, the environment is just too arid to support this. Yellow or white flowers emerge from the fissure between the leaves after the new leaf pair has fully matured, one per leaf pair. This is usually in autumn but can be before the summer equinox in L. pseudotruncatella and after the winter equinox in L. optica. The flowers are often sweetly scented.

The most startling adaptation of Lithops is the coloring of the leaves. The leaves are not green as in almost all higher plants, but various shades of cream, grey, and brown, patterned with darker windowed areas, dots, and red lines. The markings on the top surface disguise the plant in its surroundings.

Lithops are obligate outcrosses and require pollination from a separate plant. Like most resembles, Lithops fruit is a dry capsule that opens when it becomes wet; some seeds may be ejected by falling raindrops, and the capsule re-closes when it dries out. Capsules may also sometimes detach and be distributed intact or may disintegrate after several years.

Lithops occur naturally across wide areas of Namibia and South Africa, as well as small bordering areas in Botswana and possibly Angola, from sea level to high mountains. Nearly a thousand individual populations are documented, each covering just a small area of dry grassland, veld, or bare rocky ground. Different Lithops species are preferentially found in particular environments, usually restricted to a particular type of rock. Lithops have not naturalized outside this region.

Rainfall in Lithops habitats ranges from approximately 700mm/year to near zero. Rainfall patterns range from exclusively summer rain to exclusively winter rain, with a few species relying almost entirely on dew formation for moisture. Temperatures are usually hot in summer and cool to cold in winter, but one species is found right at the coast with very moderate temperatures year-round.

Lithops are popular novelty house plants and many specialist succulent growers maintain collections. They are relatively easy to grow if given sufficient sun and suitable well-drained soil.

Normal treatment in mild temperate climates is to keep them completely dry during winter, watering only when the old leaves have dried up and been replaced by a new leaf pair. Watering continues through autumn when the plants flower and then stopped for winter. The best results are obtained with additional heat such as a greenhouse. In hotter climates, Lithops will have a summer dormancy when they should be kept mostly dry, and they may require some water in winter. In tropical climates, Lithops can be grown primarily in winter with a long summer dormancy. In all conditions, Lithops will be most active and need the most water during autumn and each species will flower at approximately the same time.

Lithops thrive best in a coarse, well-drained substrate. Any soil that retains too much water will cause the plants to burst their skins as they over-expand. Plants grown in strong light will develop hard strongly colored skins that are resistant to damage and rot, although persistent overwatering will still be fatal. Excessive heat will kill potted plants as they cannot cool themselves by transpiration and rely on staying buried in cool soil below the surface.

Moisten the soil thoroughly before planting. Sow seeds on top of the germinating mix, lightly pressing into the soil, and sprinkling with sand to barely cover them. Keep the soil consistently moist by misting it as it dries out. Don’t let the soil get soggy or dry out. Containers for starting these seeds should be shallow with several holes punched into the bottom. You can use plastic take-out trays with clear lids for easy covering. Or you can cover it with plastic or glass. Make sure containers are clean and sanitized before planting. The seeds are tiny, making them easy to lose and sometimes difficult to work with. So small, in fact, they could potentially blow away in the wind. Plant them indoors or in a wind-free area. Keep the planted seeds where the wind can’t reach them, in bright light but not direct sun. Growing succulent plants from seed require patience. When seeds sprout in a few weeks, remove the covering and continue to keep misted. Give them limited, dappled sun at this point, if possible. Let the plants continue to grow. Transplant into individual containers when a good root system has developed. Care for them as you normally would and enjoy your new, unique, and interesting plants.

Propagation of Lithops is by seed or cuttings. Cuttings can only be used to produce new plants after a plant has naturally divided to form multiple heads, so most propagation is by seed. Lithops can readily be pollinated by hand, and the seed will be ripe about 9 months later. Seed is easy to germinate, but the seedlings are small and vulnerable for the first year or two. 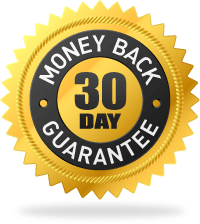 Arrived as expected and it looks nice

Very good quality, I am very happy with this product solo say WOW, thank you very much!

Very nice product. Thank you for your srvice.

Quick View
Out of stock